Recently, I was downtown Indianapolis for a meeting at the Indiana State Library. It was about two weeks after Bird scooters were introduced to the city. And let me tell you. They were popular! There was at least one on every block, a person riding an electric scooter amidst the throngs of people on the sidewalk. I could tell that some pedestrians were annoyed with the new trend, but I actually thought it was pretty cool.

Bird scooters are motorized scooters that you rent through an app on your phone. Similar to the city’s Blue Indy car rental, they provide a means of transportation for people who don’t need to own their own vehicles, but have an occasional need for wheels. It seems so progressive, so urban. I like it.

So, I was pretty thrilled when I got a call from Rachel Christenson from the Town of Pendleton, asking me if the library would be interested in becoming a location for the town’s new Bike Share. The Bike Share is sponsored by Community Hospitals and allows people to rent bicycles. You could rent one to ride along the trails in the park. Or ride one downtown and browse the local shops, with no worries about finding a parking place. It’s progressive, not urban. I still like it. 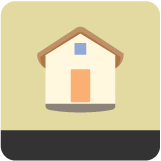